Comma Seperated Values (CSV) is a format used to store data within a file in the form of rows and columns for data exchange.

This post is to show some of the nuances when dealing with CSV files.

The principle is very simple, but let us define the components of a CSV file:

Upon parsing, we can produce the following table:

Here’s a screenshot of the file after being imported into Excel: 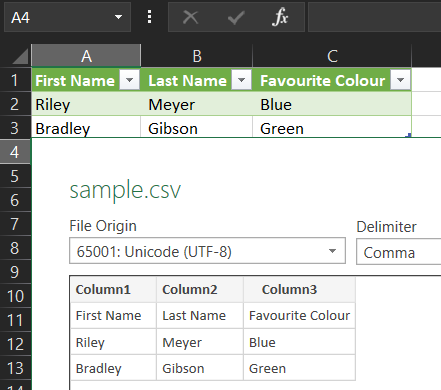 In this sample, the delimiter is the comma (,) character, and each field is the data inbetween.

But what happens when we get a little creative? Lets add a quote column to our sample file.

What we want is the following:

However this is how the data is parsed in Excel:

Note how it picks up the next field from using the comma within the quote. 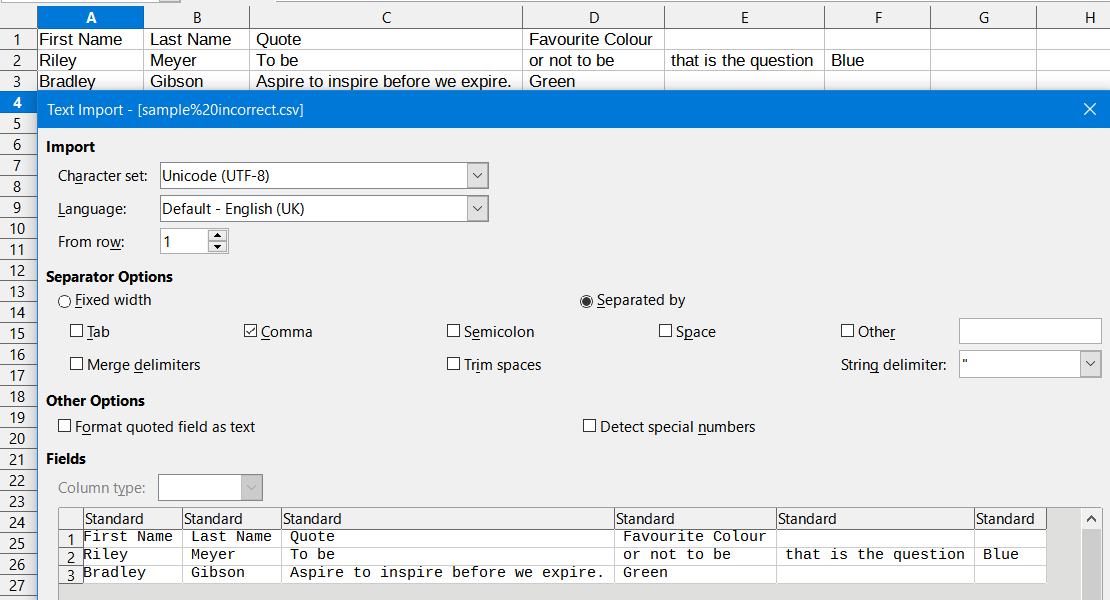 The solution is to wrap the fields containing special characters that are used to structure the file with a quote charatcer such as double quotes (").

Here is the revised CSV file when imported into Excel: 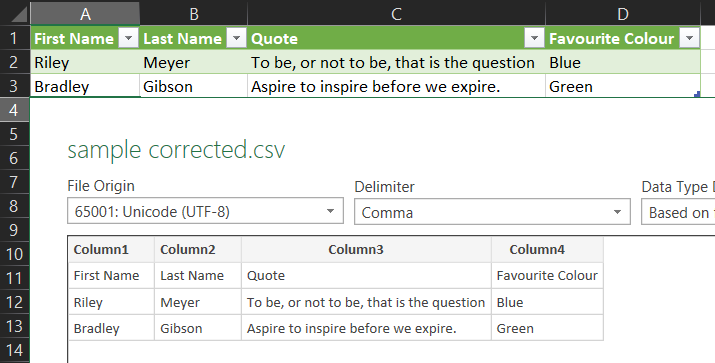 And here it is imported into LibreOffice Calc: 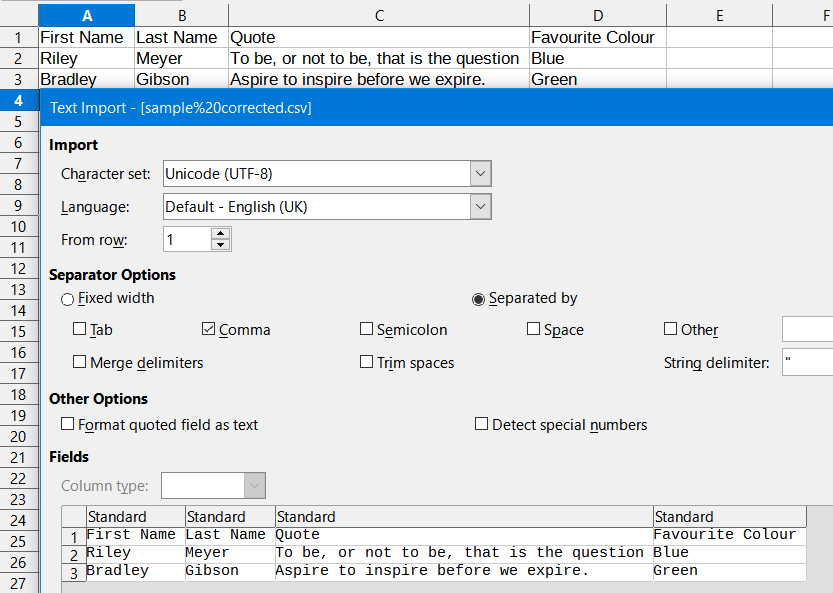 Here it is imported into Excel: 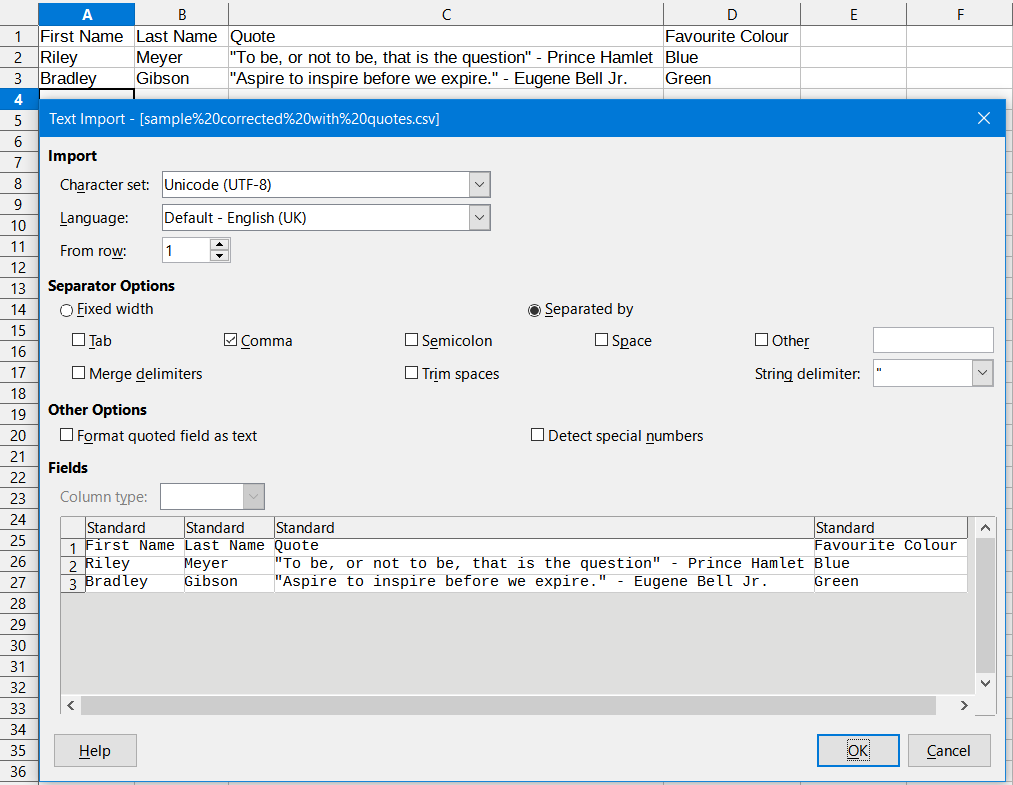 See how the Double quotes are escaped when parsed. The integrity of the data is maintained.

Wrapping a field in a quotation character is not limited to being able to use the delimiter character, but all special characters: new lines, tabs, commas, quotes, even a null terminator.

sample corrected with quotes and newlines.csv

And just to show an extreme case of it working, lets go meta:

Here’s a CSV file containing the content of all of the above CSV files along with the filename and a brief description.

And here it is all correctly parsed into Excel: 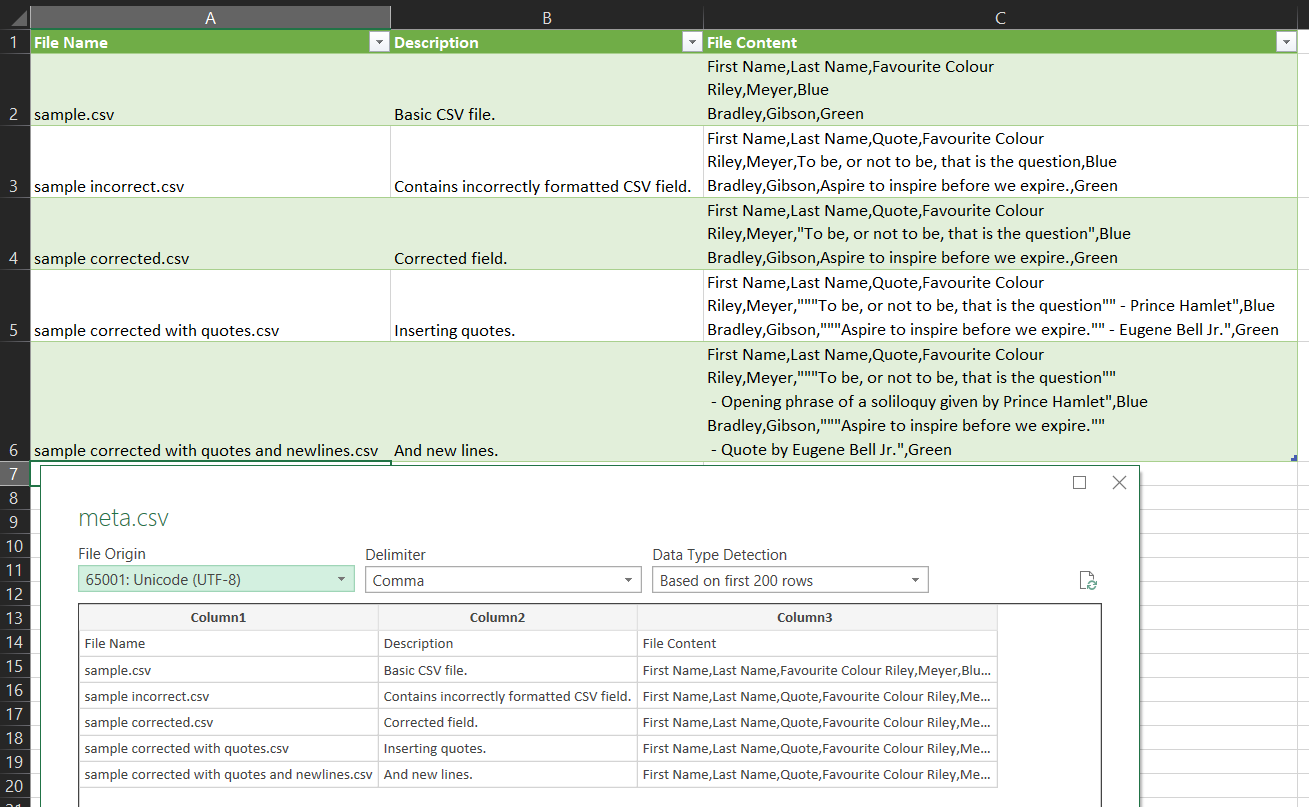 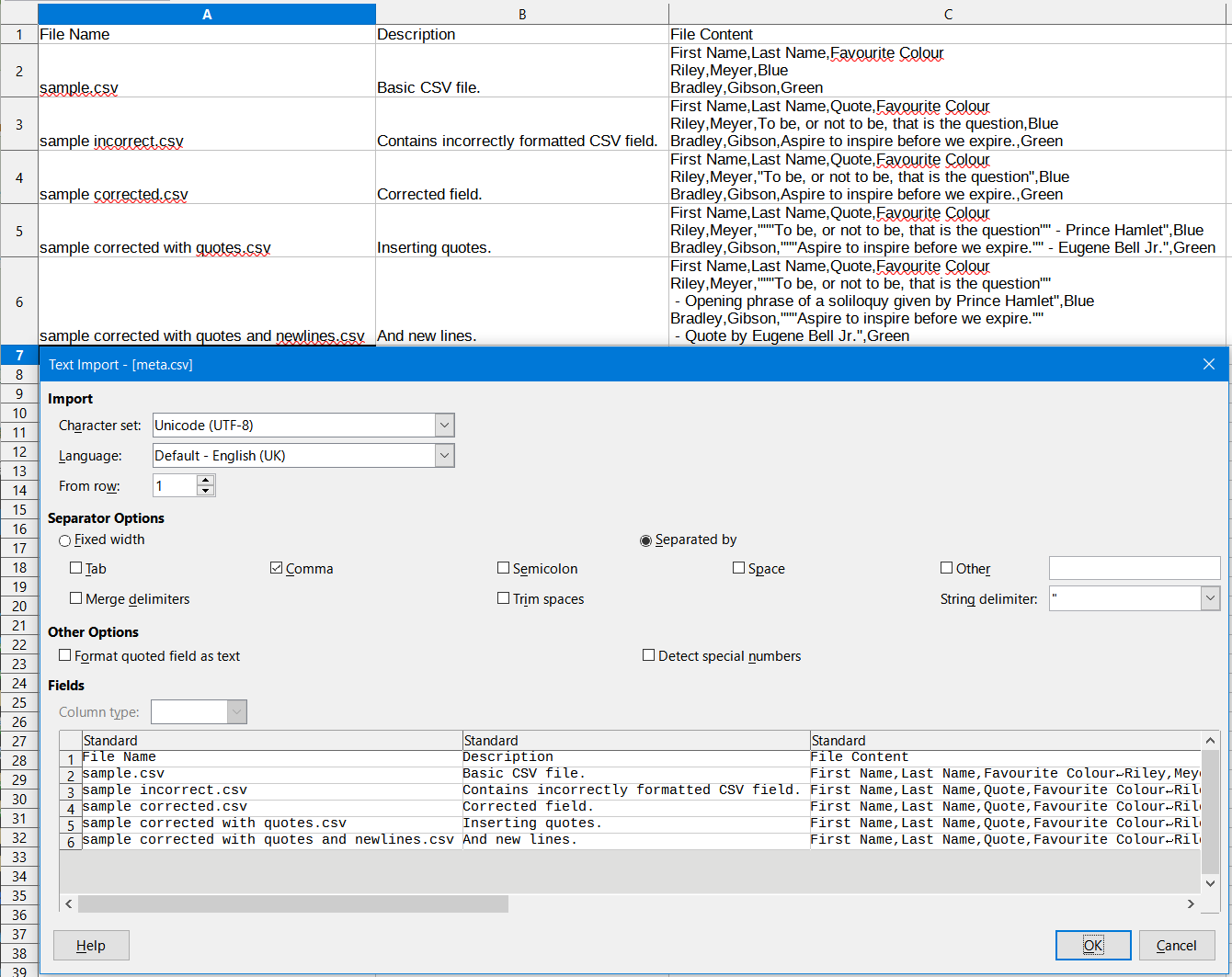